One of the fun games when watching movies is to spot references, secret messages and gags that filmmakers, film crews and actors can slip into movies to pay tribute to films they love, have a bit of fun with their previous work, or give the cinematic equivalent of a shout-out. Here's a weekly spotter's guide to these inside jokes.

To start, a nice little nod to the past in Peter Jackson's horror-comedy, The Frighteners. This reference is a particular favorite of mine since it involves one of my favorite movies and its one of the few I've spotted on my own. 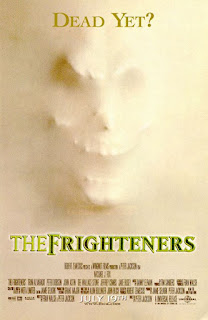 Before Lord of the Rings and The Hobbit, director Peter Jackson first achieved mainstream success and critical acclaim with Heavenly Creatures, a uncharacteristically serious film for him to that point. Based on a true case, the film featured Melanie Lynskey and Kate Winslet in breakthrough roles as two schoolgirls whose intense friendship drives them to murder. Following its release, Jackson used his newfound clout in Hollywood to make The Frighteners, a bigger-budget version of the insane splatter comedies he began with. But he decided to include a little callback to the drama that got him the attention of Hollywood.

Backstory regarding one of the film's villainous characters is delivered courtesy of a documentary video tape watched by Trini Alvarado's character. When we get a quick glimpse of its cover... 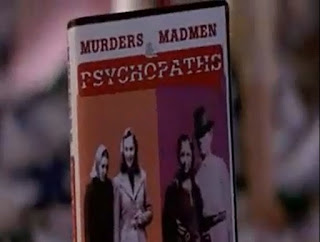 ...who do we see but Lynskey and Winslet, recreating a famous photograph of Pauline Parker and Juliet Hulme, their real-life counterparts from Heavenly Creatures. Here's the recreated shot and the original photograph for comparison: 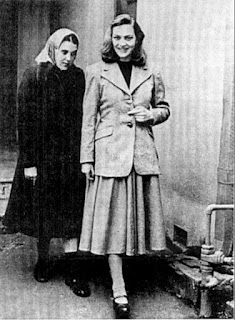 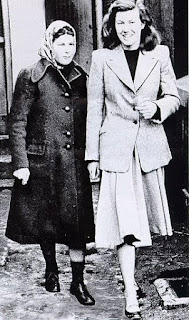 Lynskey also appears in the film in a small supporting role as a shy deputy.

Posted by Cinemaspection at 9:28 AM