While we try to cover as much as we can in our episodes, there's always more to see, hear, and read about a movie that can enhance your viewing experience. If you enjoyed our episode on Blade Runner, here's a few extra bits you might find interesting... 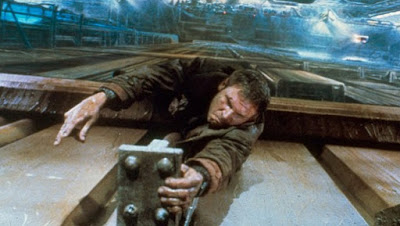 We discussed the problems with marketing the film and how that may have contributed to its critical and box office failure. Here's the original trailer, which makes the mistake of selling the film as a relatively conventional action thriller:

Despite having various versions released, there's a ton of footage that went unused and unseen in any cut of the film.
Here's two notable scenes where Deckard visits his wounded colleague Holden in the hospital:
Here's a rare outtake, one half of a vidphone conversation that would have an alternate reason that Deckard was led to the J.F. Sebastian character:

In 1997, a highly-detailed PC game for the film was released, featuring the voices of some of the original actors including Sean Young. Here's a playthrough of the game:


If you're interested in hearing more of the behind-the-scenes stories and production woes of Blade Runner, there are several great resources to check out. One is the documentary On the Edge of Blade Runner, hosted by noted film critic Mark Kermode:


Another is the full-length documentary Dangerous Days, included on the DVD and blu-ray sets. The documentary includes tons of behind-the-scenes footage, unused shots, special effects secrets, and great interviews, even Harrison Ford, previously reluctant to discuss the making of the film. Check out the trailer here:

There's also the magnificent book "Future Noir: The Making of Blade Runner," by Paul M. Sammon, the bible for any Blade Runner fan. Sammon just released a revised and updated version to address the Final Cut and to coincide with the release of the sequel. It's available on Amazon here: 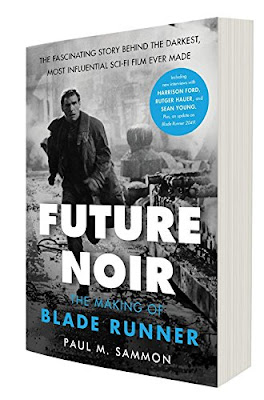 Speaking of the sequel, here's the first trailer for the new film. Here's hoping it's worthy of the original:

Thanks for listening!
Posted by Cinemaspection at 8:42 PM