While we try to cover as much as we can in our episodes, there's always more to see, hear, and read about a movie that can enhance your viewing experience. If you enjoyed our episode on Labyrinth, here's a few extra bits you might find interesting... 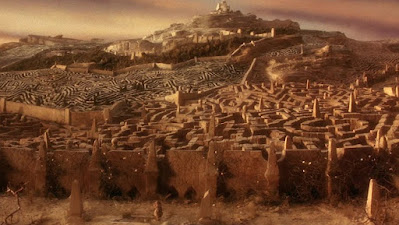 Here's a behind-the-scenes documentary on the making of the film:

Several music videos for the film were produced featuring props and characters. Here are the videos for Underground and As the World Falls Down:

We mentioned seeing some very impressive Labyrinth cosplayers. Here's the group we encountered at Boston Comic-Con 2017: 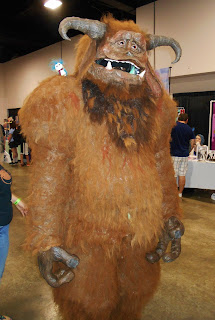 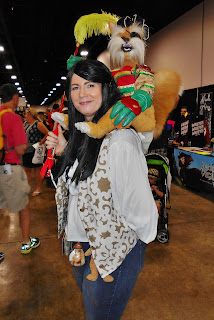 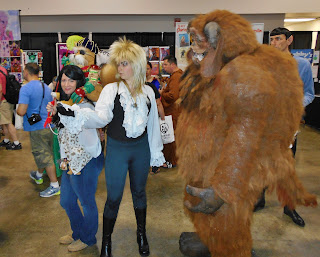 The Hoggle suit has the misfortune of being lost while being shipped back to America. After the crate contained him was found and opened, the badly-decayed puppet was restored and now resides at the Unclaimed Baggage Center in Scottsdale, Alabama. Here's a link to Good Queen Aly's blog describing Hoggle's post-movie adventure (fair warning: the photos of the decayed Hoggle puppet are pretty disturbing): 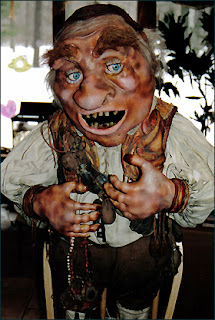 Posted by Cinemaspection at 3:10 PM