While we try to cover as much as we can in our episodes, there's always more to see, hear, and read about a movie that can enhance your viewing experience. If you enjoyed our episode on Mars Attacks!, here's a few extra bits you might find interesting... 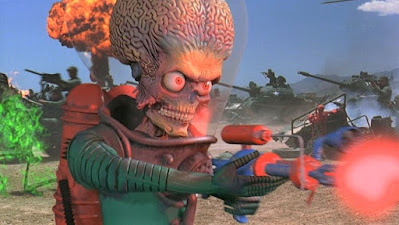 Here's the original trailer:
The film is based on the notorious Topps trading cards series, which has been published and reprinted several times since it was taken off the shelves in 1962. If you've never seen them, the entire first series of 54 cards can be viewed here: 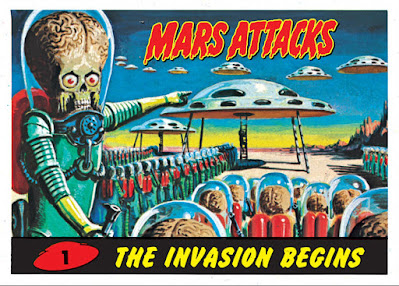 We mentioned that the Martians were originally going to be realized through stop-motion models composited into scenes. Although this was abandoned, the models were created and tests filmed. Here are some of the original models that were created for the film: 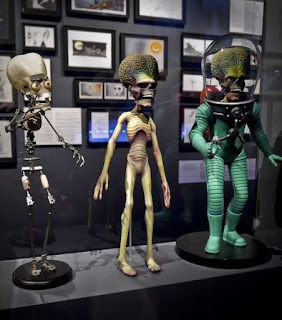 Here's some behind-the-scenes footage posted by Michael Buttaccio of the Martian puppets being fabricated and tested:
Here, effects technicians Mike Joyce and Danny Wagner talk about some of the miniature effects work in the film:
Burton turned away from stop-motion and agreed to computer-generated Martians after seeing this test created by Industrial Light and Magic animation supervisor David Andrews, using a spare live-action plate left over from Jumanji:
The demolition of the Landmark Hotel in Las Vegas was written into the film. This promotional film from Controlled Demolition, Inc. shows several angles of the demolition that was incorporated into the destruction of the Galaxy Hotel in the film:
The lot that several of the characters cut through filled with old Vegas neon signs is the Neon Boneyard, part of the Neon Museum in Las Vegas. The boneyard can be toured. Check out the link below: 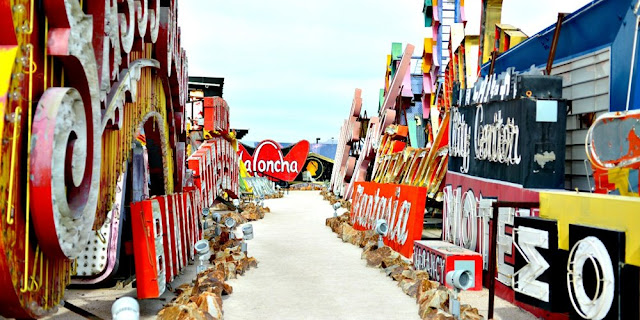 As we mentioned, Howard Stern suggested the ending of Mars Attacks! may have been borrowed from a sketch he made for his New York radio show. Here's a clip from his show featuring his reaction to Mars Attacks! and including the original sketch. Coincidence? You be the judge:
Thanks for listening!
Posted by Cinemaspection at 7:04 PM