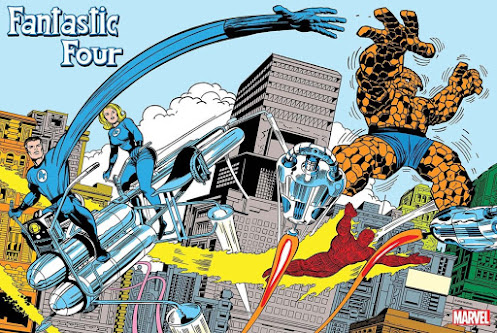 Introducing Fantasy Casting, a new feature in which we suggest our preferred actors for films, including adaptations and remakes, that have not yet reached a theater near you. With the acquisition of 20th Century Fox by Disney, the film rights to the Fantastic Four have returned to the Marvel banner and the introduction of comics' First Family into the MCU is inevitable. So it's clobberin' time as we propose the best cast to bring this iconic superhero property to life. Warning: Contains explicit language, spoilers, and fighting words.

Who would be your ideal Reed Richards, Sue Storm, Johnny Storm, or Ben Grimm? Who's the best director to tackle these cosmic-powered heroes? Prince Namor; with ankle wings or without? Leave a message and keep the conversation going.
Posted by Cinemaspection at 4:49 AM