While we try to cover as much as we can in our episodes, there's always more to see, hear, and read about a movie that can enhance your viewing experience. If you enjoyed our episode on The Running Man, here's a few extra bits you might find interesting... 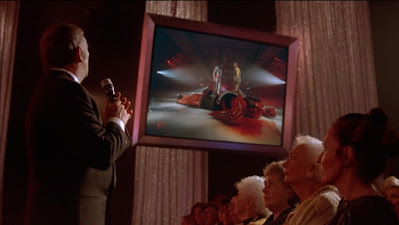 Here's an interview with director Paul Michael Glaser, conducted by the Archive of American Television, discussing his experiences on The Running Man: 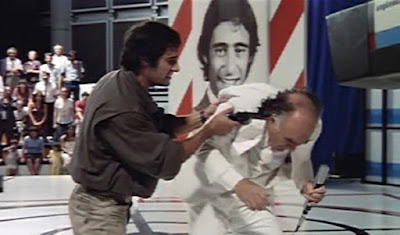 The following article from The Atlantic by Megan Garber notes some of the prescient elements of the film: 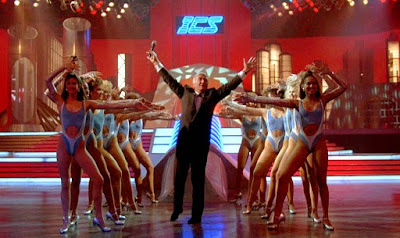 Here's an interview segment with Arnold Schwarzenegger on the press tour to promote the movie:

The film's greatest casting coup is the decision to get former Family Feud host Richard Dawson to play the villainous Damon Killian. Here's a collection of some of Dawson's notable moments from that show:

The film includes a character referencing Lillian Miller, whom we discussed as a professional audience member for television programs such as The Tonight Show with Johnny Carson and the Merv Griffin Show. Here's an article from Mental Floss about Miller's unique career: 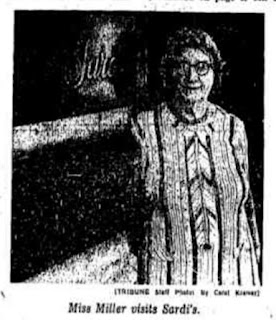 And here's Miss Miller in a television promo for the Merv Griffin Show:

One of The Running Man's lasting legacies was to serve as the inspiration for American Gladiators, the notorious competition where average people went up against fearsome bodybuilders and athletes in bizarre events. Here's the intro to the first season illustrating the colorful Gladiators, clearly patterned after the Stalkers from the film:
Thanks for listening!
Posted by Cinemaspection at 5:37 AM