While we try to cover as much as we can in our episodes, there's always more to see, hear, and read about a movie that can enhance your viewing experience. If you enjoyed our episode on The Last Starfighter, here's a few extra bits you might find interesting... 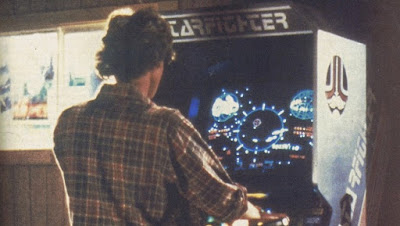 Here's the original teaser, clearly made before much of the CG effects had been produced and featuring some alternate dialogue for Robert Preston:

We mentioned that the scene in which a Rylan spy is tortured to death had to be toned down to get a PG rating. The scene depicted in the film replaced a more subtle but less satisfying version in which the spy's face melting was hinted at but not shown. Here are some shots from the scene as originally filmed: 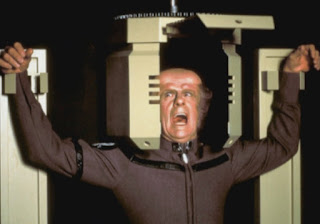 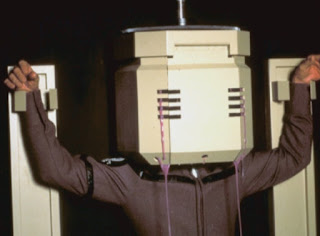 We noted that the ending was reshot when the original version proved to be too close to the awards finale of the original Star Wars. Here are some stills from the first version filmed: 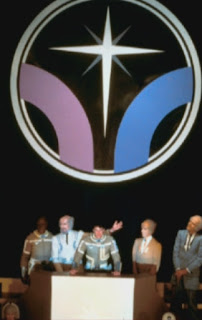 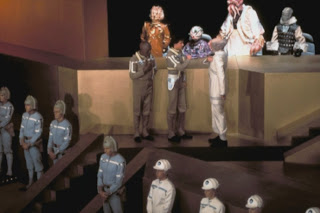 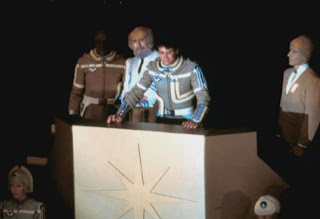 As we mentioned, the movie didn't get a ton of merchandise. Most tragically, a proposed toyline from Galoob was cancelled before production. The vintage pop culture website PlaidStallions revealed this catalog spread advertising what the line might have looked like, with images of the original prototypes. Take a look and weep at the fun we might have had: 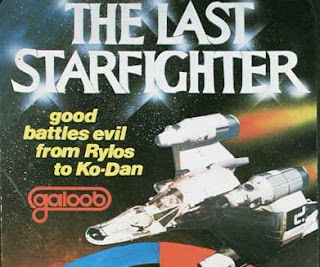 As we mentioned, several video game adaptations of the game were in development as well. This video compares the original game developed for the Atari 8-bit home computer with the final version of the game that was eventually released as Star Raiders II:

While they were state-of-the-art for their time, the computer-generated effects of the film may seem primitive when compared to modern CGI. The effects company CKVFX offers a glimpse at what the film might look like with more up-to-date effects in this mock teaser trailer:

The game company Rogue Synapse developed a reproduction of the game, going so far as to create an arcade cabinet for it that matches the one depicted in the film. They've made their version of the game available as freeware which is available on their website below. WARNING: We have not downloaded or tested the application and files offered on their site and cannot guarantee their quality or safety. Download at your own risk!

And here's a tutorial on installing and playing the game:

Thanks for listening!
Posted by Cinemaspection at 7:12 PM