This time, we revisit secret agent extraordinaire (and Quill's nemesis), James Bond as he discovers the truth about his literary origins in the much-derided 20th entry in the 007 series, Die Another Day. 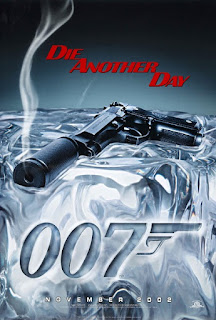 Released in 2002 and marking the 40th anniversary of the Bond film franchise's debut in 1962, Pierce Brosnan's unfortunate last outing as Britain's most dangerous spy is packed with references to the preceding films in the series, including verbal references to previous titles, visual homages to classic moments, and appearances by many of the old Q gadgets..

But there's a subtler nod toward the character's origins as Bond travels to Cuba to meet with an old contact. As he wanders through the man's office, he picks up a book from the man's desk, a volume that comes in handy for Bond's cover as an ornithologist:

The conspicuous lack of a visible author on the book is no accident, as a look at an unblemished version of the cover reveals: 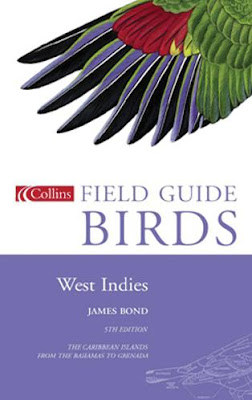 While Bond is known for engaging in a very different form of bird-watching, there's no canonical evidence of him moonlighting as an academic. The real explanation is that a copy of this particular volume cataloging the avian species of the Caribbean also existed in the personal library of author and amateur birdwatcher Ian Fleming, the creator of James Bond.

While he was first developing the character, Fleming struggled to find the perfect name for his nascent hero, something strong, short, simple, and a bit bland. Fleming happened to look over at the book's cover and the name on the spine and the rest is film and literary history, a history that came as something of a shock to the real Dr. Bond himself: 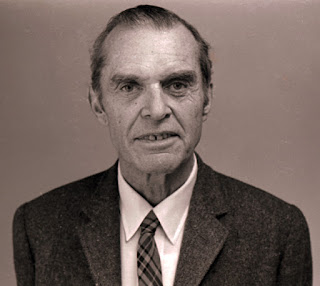 After receiving a letter from Bond's wife regarding the unauthorized use of the name, Fleming apologized and offered to let the couple use his Jamaican estate (as well as the name 'Ian Fleming' for whatever purposes they might wish!).

Reportedly Dr. Bond accepted the notoriety (and increased book sales) his now-famous name brought with good humor right up to his passing in 1989, though one can only wonder how he might have reacted had he been able to watch the indignity of his namesake surfing giant computer-generated tidal waves or driving invisible cars.
Posted by Cinemaspection at 2:32 PM

Email ThisBlogThis!Share to TwitterShare to FacebookShare to Pinterest
Labels: based on a book, Die Another Day, Dr. No, Ian Fleming, in-jokes, James Bond