This time, some of the crew of the action classic Die Hard decide to give themselves a little extra credit via some set dressing. 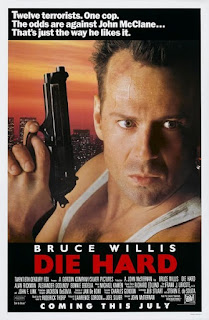 The scene in question is the first face-to-face meeting of beleaguered cop John McClane and his nemesis, the inimitable Hans Gruber. As the two converse, next to Gruber we see a floor directory for the building.

A closer look at that board (preferably on Blu-ray for maximum sharpness) reveals some familiar names... 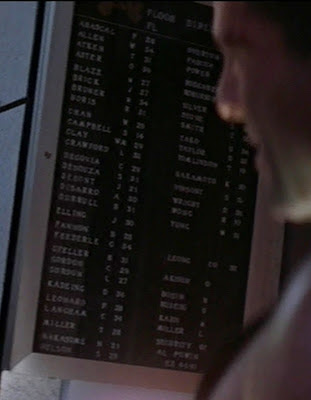 ...and a whole lot of people from the art department. When making up signage like this, the names have to come from somewhere and it's not uncommon for the set decorators and prop designers to have a bit of fun and remind everyone it pays to be nice to them.
Posted by Cinemaspection at 3:29 PM