While we try to cover as much as we can in our episodes, there's always more to see, hear, and read about a movie that can enhance your viewing experience. If you enjoyed our episode on The Apartment, here's a few extra bits you might find interesting... 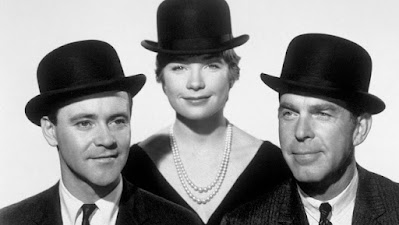 Check out Kay's endeavors as the creative director of CinemaSalem and festival director of Salem Horror Fest at the links below:

Here's the original trailer:
Check out this amazing multipart interview with director Billy Wilder and screenwriter I.A.L. Diamond discussing their collaborations together and their working style: 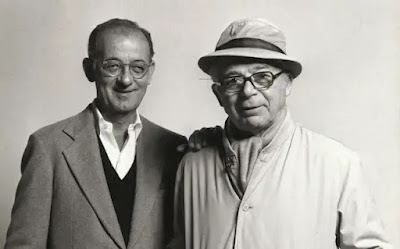 And here's a hilarious clip of the two at work:
Despite the sometimes heavy subject matter of the story, it wasn't all serious on the set, as this behind-the-scenes still of Shirley MacLaine shows: 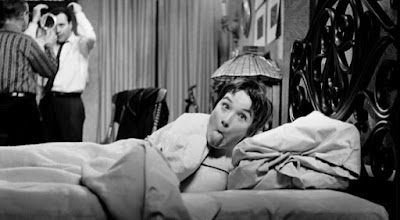 Here's a video comparing the film's New York shooting locations as they appeared in the film compared to how they appear now:
As we mentioned, the film was adapted into a Broadway musical, Promises Promises. Here are some clips from the most recent Broadway revival featuring Sean Hayes and Kristin Chenoweth:
Thanks for listening!
Posted by Cinemaspection at 5:38 AM