While we try to cover as much as we can in our episodes, there's always more to see, hear, and read about a movie that can enhance your viewing experience. If you enjoyed our episode on Black Christmas, here's a few extra bits you might find interesting... 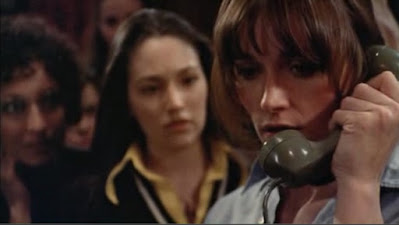 If you'd like to check out more of Jessica's work, click the link below to visit her blog We Who Walk Here:

Specifically, check out her excellent essay for Film Cred containing her full analysis on the use of color and costuming in the film: 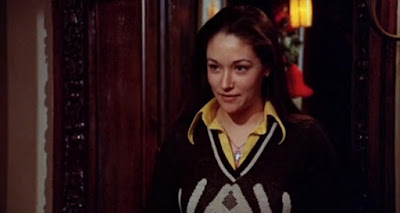 Here's a 2004 Q&A session with director Bob Clark, composer Carl Zittrer, and actor John Saxon from a screening of the film in Los Angeles:
Just for reference, here's that scene from The Simpsons Jessica mentioned in reference to the movie's ending and the strange priorities of the authorities:
We mentioned how Billy's calls resemble those of Paul Michael Stephani, known as "the Weepy-Voiced Killer," who called police begging them to stop him following his murders of three women. You can listen to some of his chilling 911 calls below:
Here's the trailer for the first remake of the movie in 2006, featuring Andrea Martin who played Phyl in the original:
And here's the trailer for the most recent version in 2019:
And here's the fan film It's Me Billy, which presents a sort of legacy sequel to the original with Jess' granddaughter and her friends being terrorized by Billy decades later:
Thanks for listening!
Posted by Cinemaspection at 2:21 PM