While we try to cover as much as we can in our episodes, there's always more to see, hear, and read about a movie that can enhance your viewing experience. If you enjoyed our episode on Invaders From Mars, here's a few extra bits you might find interesting... 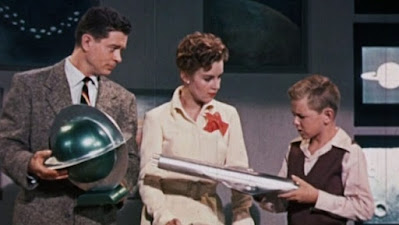 Here are some pieces of marketing created to promote the film, including the press kit and a small comic strip setting up the story: 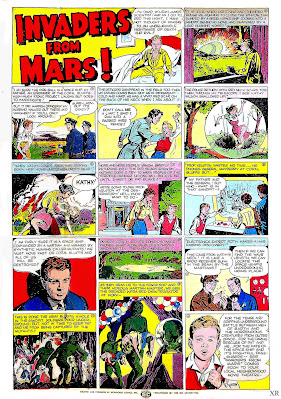 The extensive articles on the creation of Invaders from Mars found in Fantascene # 4 (1978) were instrumental in research for this episode. You can check out that magazine courtesy of Internet Archive at the link below: 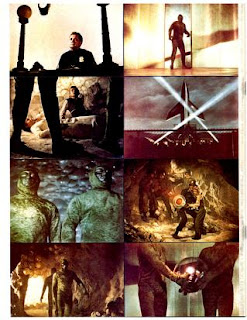 Noel discussed the influence of film critic Freeman Williams on his desire to write about movies, specifically mentioning his review of Jonathan Livingston Seagull. You can find that review at the link below:

Here's the trailer for Tobe Hooper's affectionate 1986 remake:
In a previous entry of our Movie In-Jokes feature, we noted the cameos by actor Jimmy Hunt and the Martian Intelligence prop in that remake. You can read about that here:

Noel discussed the Eternity Comics adaptation and sequel series inspired by the film. Here are two of the covers he mentioned from that series: 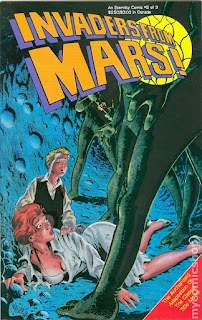 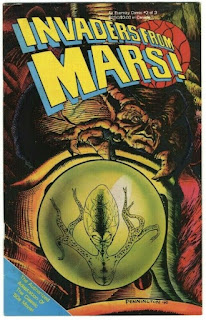 As mentioned in the episode. We got to see one of the Martian Mutant suits up close courtesy of the the exhibit "It's Alive: Classic Horror and Sci-Fi Art from the Kirk Hammett Collection" at the Peabody Essex Museum in Salem. Here's how it looked: 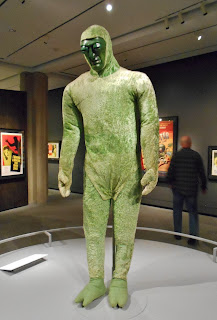 Posted by Cinemaspection at 4:44 PM