While we try to cover as much as we can in our episodes, there's always more to see, hear, and read about a movie that can enhance your viewing experience. If you enjoyed our episode on The Black Hole, here's a few extra bits you might find interesting... 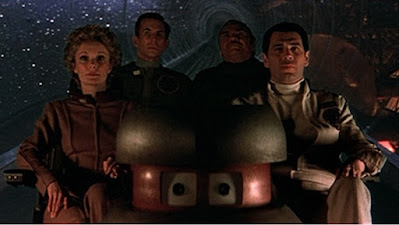 You can find more of Chris' work at The Chippa Made This at the link below: 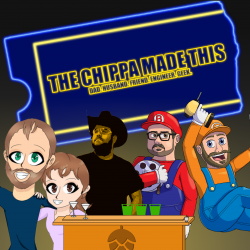 Here's the original trailer:
Here's John Barry's fantastic opening theme for the film:
We mentioned several scenes cut from the film. This video includes stills from some of those scenes that were shot but went unused:
The filmmakers clearly hoped for a Star Wars-sized success for the film, as they planned lots of tie-ins and merchandise, including this set of action figures: 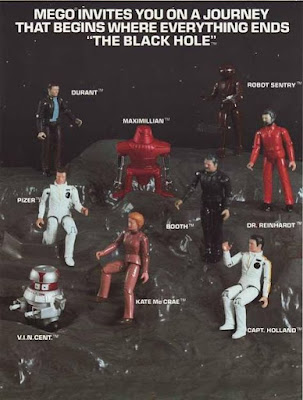 Another bit of merchandise familiar to children of the 70s and 80s were Read-Along books, with records and tapes that allowed kids to follow the story along in a small storybook. Here's the book and record for the film:
The film was adapted into several comic book adaptations and a limited series. The blog Mars Will Send No More includes scans of the comic book adaptation. Issue One can be found at the link below: 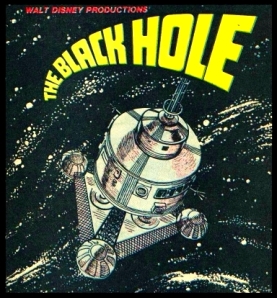 Critical opinion on The Black Hole was harsh, as seen in this contemporary review by Siskel and Ebert:
As we suggested, public opinion on the film has softened over the years and the movie has gained many fans.
Here's the article analyzing the film by John Kenneth Muir that Tim mentioned in the episode, discussing some of the philosophical underpinnings of the movie: 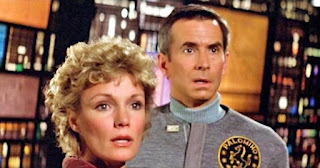 Another fan of the film is filmmaker Edgar Wright. Here's the installment of Trailers From Hell we mentioned featuring Wright describing his history with The Black Hole:
Thanks for listening.
Posted by Cinemaspection at 12:46 PM