The Man From Planet X - Supplement

While we try to cover as much as we can in our episodes, there's always more to see, hear, and read about a movie that can enhance your viewing experience. If you enjoyed our episode on the The Man From Planet X, here's a few extra bits you might find interesting... 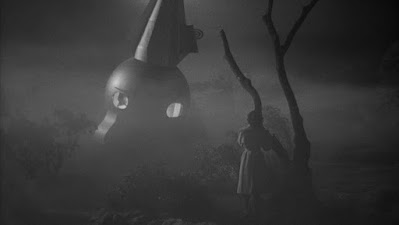 Here's the original theatrical trailer for the film:
The original pressbook for the film was cleverly presented as a mock-up newspaper headline announcing the title character's appearance on Earth. Take a look below: 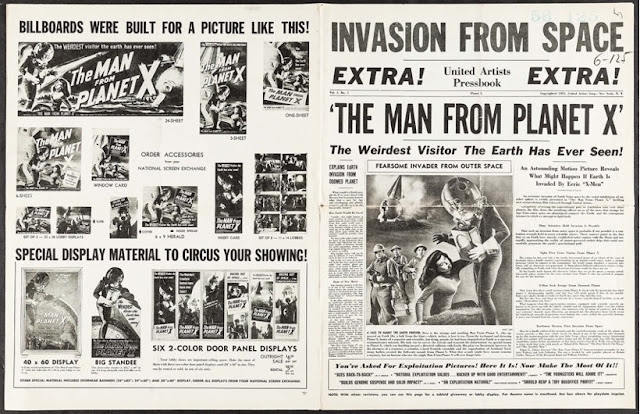 There was also a comic book adaptation. Pappy's Golden Age Comics Blogzine has made the entire book available at their website. Check it out at the link below: 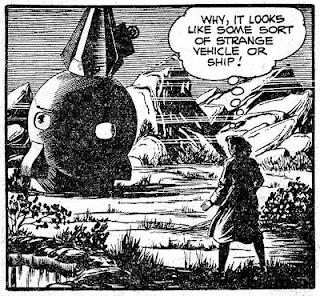 We mentioned how some theaters would have employees dress as the title character to promote the film. This photo has been floating around the internet for some time and may show one of those unfortunate employees: 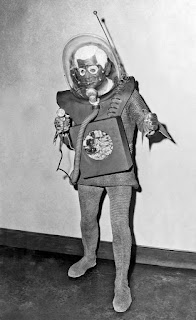 Of course, Planet X would return a few years later in the classic Looney Tunes cartoon Duck Dodgers in the 24 1/2  Century. Check out this clip where the courageous Dodgers and his space cadet assistant Porky Pig find and land on Planet X, only to encounter Marvin the Martian:
And if this film has made you more interested in the work of Edgar G. Ulmer, definitely check out his fabulous film noir classic Detour. Here's the trailer:
Thanks for listening!!
Posted by Cinemaspection at 6:16 AM