While we try to cover as much as we can in our episodes, there's always more to see, hear, and read about a movie that can enhance your viewing experience. If you enjoyed our episode on Midnight Run, here's a few extra bits you might find interesting... 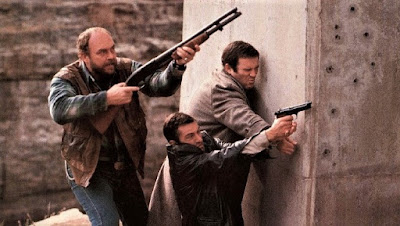 Here are the original theatrical trailers:

Here's a featurette on the making of the film:

As we mentioned, several made-for-television sequels were made featuring Christopher MacDonald as Jack. You can watch two of them below...

As we discussed, composer Danny Elfman used the main theme of the film for his song "Try to Believe." While the version with lyrics was not used in the film, it appeared on the soundtrack and in a slightly different version on the Oingo Boingo album The Dark at the End of the Tunnel. Both versions can be found below:

Thanks for listening!
Posted by Cinemaspection at 10:10 AM