While we try to cover as much as we can in our episodes, there's always more to see, hear, and read about a movie that can enhance your viewing experience. If you enjoyed our episode on deep cut horror flicks, here's a few extra bits you might find interesting... 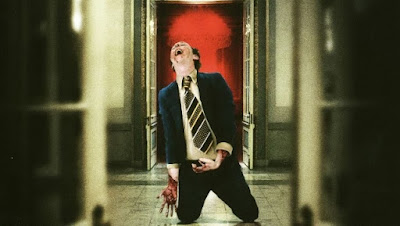 While there are far too many movies discussed in this episode to put all the trailers here, here are the original previews for the first movies we selected for recommendation on this episode:

Every October, our guest Bob Chipman puts out a series of videos profiling strange and little-seen horror films under the banner Schlocktober. Several of the films discussed in this episode have appeared on his series previously. If you'd like to hear more of his thoughts on these films, check them out below:

One of the films brought up in our discussion was 1983's Sole Survivor, which is currently hard to access. Fortunately someone was nice enough to upload it to Youtube so for now, the film is available here:

And here's a clip from Violent Shit 3, a.k.a. Zombie Doom, which looks as ridiculous as Bob described:

Thanks for listening!
Posted by Cinemaspection at 4:15 AM