Invasion of the Body Snatchers (1978) - Supplement

While we try to cover as much as we can in our episodes, there's always more to see, hear, and read about a movie that can enhance your viewing experience. If you enjoyed our episode on Invasion of the Body Snatchers, here's a few extra bits you might find interesting... 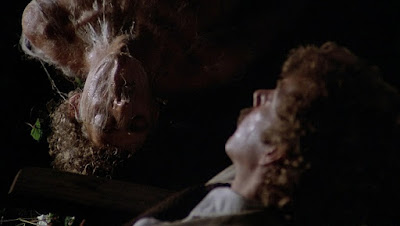 The film is an adaptation of Jack Finney's novel The Body Snatchers, which has some distinct differences from this film's storyline. If you're curious to check out the source material, here's a complete audiobook:

Of course, this film is a remake of the original 1956 adaptation of the film. For a quick comparison, here's the trailer for that classic chiller:

The main location for the film, San Francisco, was an important center of the hippie movement in the late 60s. This documentary discusses the Summer of Love in 1967 and the flowering of the movement in the city:

As we mentioned, there is an identified disorder, Capgras Syndrome, that can causes one to believe their friends and loved ones are impostors. Here's a video showing a patient diagnosed with this rare and still mysterious disorder:

The film's sense of paranoia is greatly enhanced by the photography of cinematographer Michael Chapman. Here Chapman discusses his collaboration with Philip Kaufman and his work on the film:

The film's score was created by jazz musician (and psychiatrist) Denny Zeitlin. Here Zeitlin describes his experiences composing the unorthodox music score for the movie:

This wouldn't be the last attack on humanity by the pod people. Here's a trailer for Abel Ferrara's 1993 version, Body Snatchers:

And 2007 would see a different, looser adaptation of the story, as The Invasion starring Nicole Kidman:

Actress Veronica Cartwright has another encounter with the pod people in that film, where her appearance is a highlight:

As we mentioned, the movie was part of the Annual Coolidge Corner Horror Marathon in Brookline, Mass. back in 2017 with your faithful podcasters in attendance. Here's the group shot of everyone in the theater imitating the pod person scream. Can you find us (along with friend of the podcast Bob Chipman)? 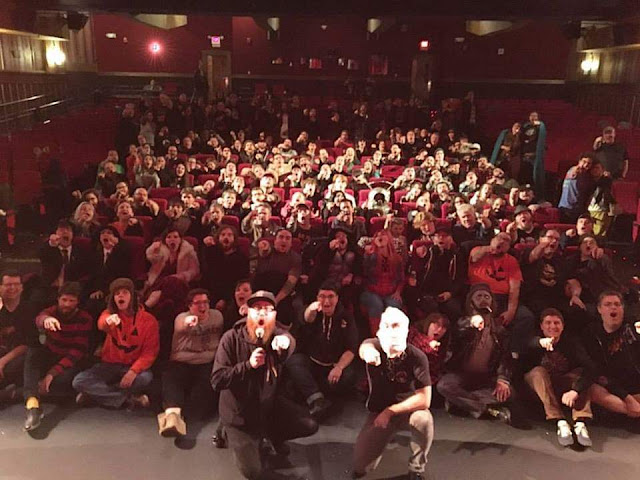 Posted by Cinemaspection at 12:34 PM