While we try to cover as much as we can in our episodes, there's always more to see, hear, and read about a movie that can enhance your viewing experience. If you enjoyed our episode on 28 Days Later, here's a few extra bits you might find interesting... 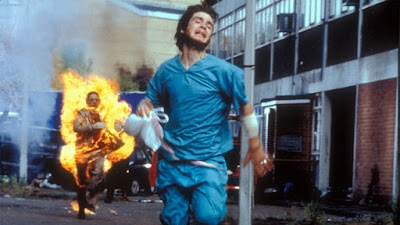 Here's some B-roll footage showing the infected being made up and the preparation for the unsettling fire stunt that occurs early in the film:

As we discussed, several alternate endings for the film were considered. Here's the original scripted ending, which was added to later releases of the film after the credits:

A surreal variation of this would have included Jim's distorted memories of the accident that landed him in the hospital. Check out this version here:

And finally, here are the storyboards for the radically different third act that director Danny Boyle and screenwriter Alex Garland briefly considered:

A 2016 Secret Cinema showing of 28 Days Later used some interesting viral marketing (har-har) to promote the screening, including these fake news broadcasts:

Here are some highlights from the immersive screening itself:

As mentioned in the episode, here are the creepy promotional photos of Cillian Murphy in full infected make-up: 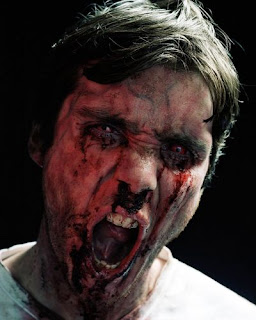 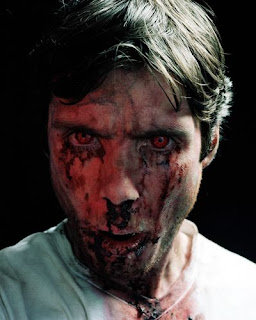 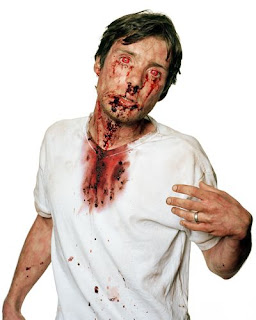 Here's the trailer to the surprisingly good sequel 28 Weeks Later:

Thanks for listening!
Posted by Cinemaspection at 9:18 AM