The Thing From Another World - Supplement

While we try to cover as much as we can in our episodes, there's always more to see, hear, and read about a movie that can enhance your viewing experience. If you enjoyed our episode on The Thing From Another World, here's a few extra bits you might find interesting... 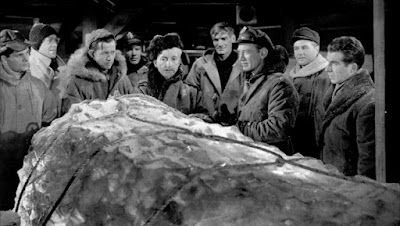 Here's the original trailer, which keeps the title monster almost completely out of sight:

Of course the film was a huge influence on director John Carpenter, who of course remade the story as The Thing in 1982. In these Turner Classic Movies host segments, Carpenter discusses his affection for the film and how it affected him:

As we discussed, there was a long process for make-up artist Lee Greenaway to develop the final look of the creature. Here are a few of the unused concepts: 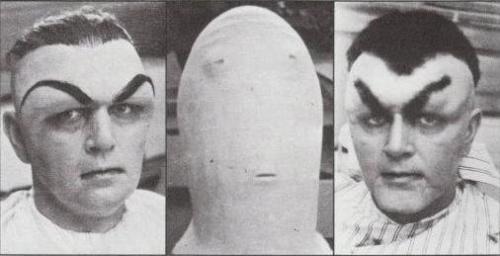 The film also inspired some spoofs and satires. Here's a comedy sketch featuring Jackie Gleason called "Son of the Thing:"

As we mentioned, the movie's title may have been changed to avoid being associated with "The Thing," a popular novelty song by Phil Harris. Here's that song:

Actors Kenneth Tobey and Robert Cornthwaite reprised their roles in the spoof film The Naked Monster. Here's the trailer:

Posted by Cinemaspection at 9:58 PM