While we try to cover as much as we can in our episodes, there's always more to see, hear, and read about a movie that can enhance your viewing experience. If you enjoyed our episode on The Little Mermaid, here's a few extra bits you might find interesting... 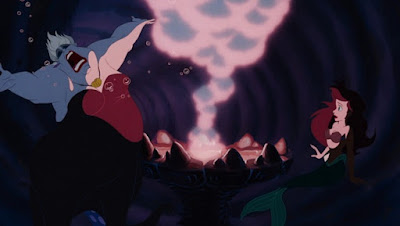 The Little Mermaid is based on the story by Hans Christian Andersen. If you're curious to read the original tail... sorry... tail and see how the film differs, click the image (of a statue in Copenhagen, Denmark inspired by the story) below: 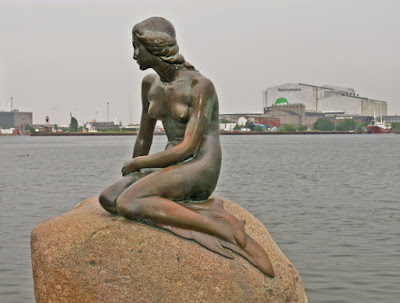 Voice actress Jodi Benson had an extensive career beyond providing the voice for Ariel, including religious music as Chris noted. Here's Benson singing "Here in My Heart" from "Songs From the Beginner's Bible":

We discussed the use of live actors as reference material for the animators. Here's a featurette discussing how this tried-and-true technique was revived at Disney for The Little Mermaid:

The film won Oscars for its music score and for the original song "Under the Sea." Here is the 1990 Oscar telecast performance for "Under the Sea," sung by Geoffrey Holder, and the presentation of the awards themselves:

As we noted in the episode, the melody and tempo of "Part of Your World" bears a strong resemblance to Howard Ashman and Alan Menken's song "Somewhere That's Green" from Little Shop of Horrors. To illustrate that similarity, check out this video of actor Stephen Kramer Glickman putting the two songs together:

As with many Disney films there are cameos by other Disney characters: In the opening scene as Triton enters the palace auditorium you can see... 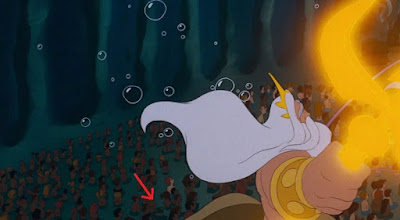 ...as well as Goofy, Donald, and Mickey: 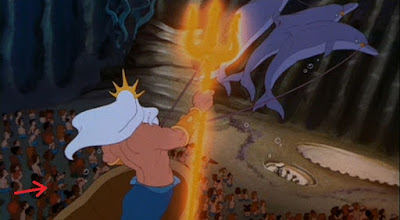 We also brought up several of the controversies in the film. Here's the unfortunately anatomical movie poster: 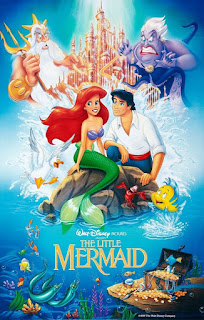 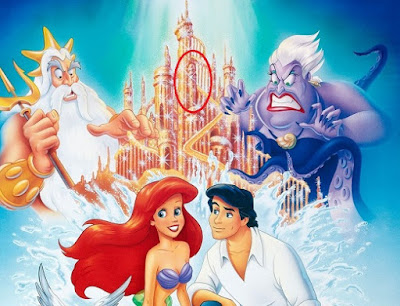 And here's the later-removed scene involving the excited priest at Eric and Vanessa's wedding. Honest mistake or lewd animator joke? You decide:

The film inspired several sequels and TV shows. Here's the pilot episode of the TV program "Little Mermaid's Island," which never aired but was later released on video:

Thanks for listening!
Posted by Cinemaspection at 2:02 PM