While we try to cover as much as we can in our episodes, there's always more to see, hear, and read about a movie that can enhance your viewing experience. If you enjoyed our episode on Jaws 2, here's a few extra bits you might find interesting... 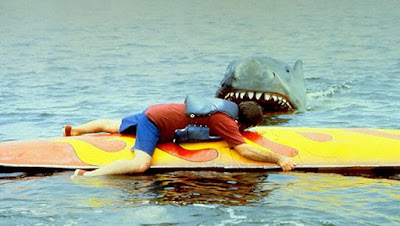 First of course is the trailer, featuring the classic tagline "just when you thought it was safe to go back in the water...":

In our episode, we all expressed issues we had with the movie but some of us still enjoyed it. Others might argue that Jaws 2 would have been better if it looked more like Saturday Night Live's version. Click below: 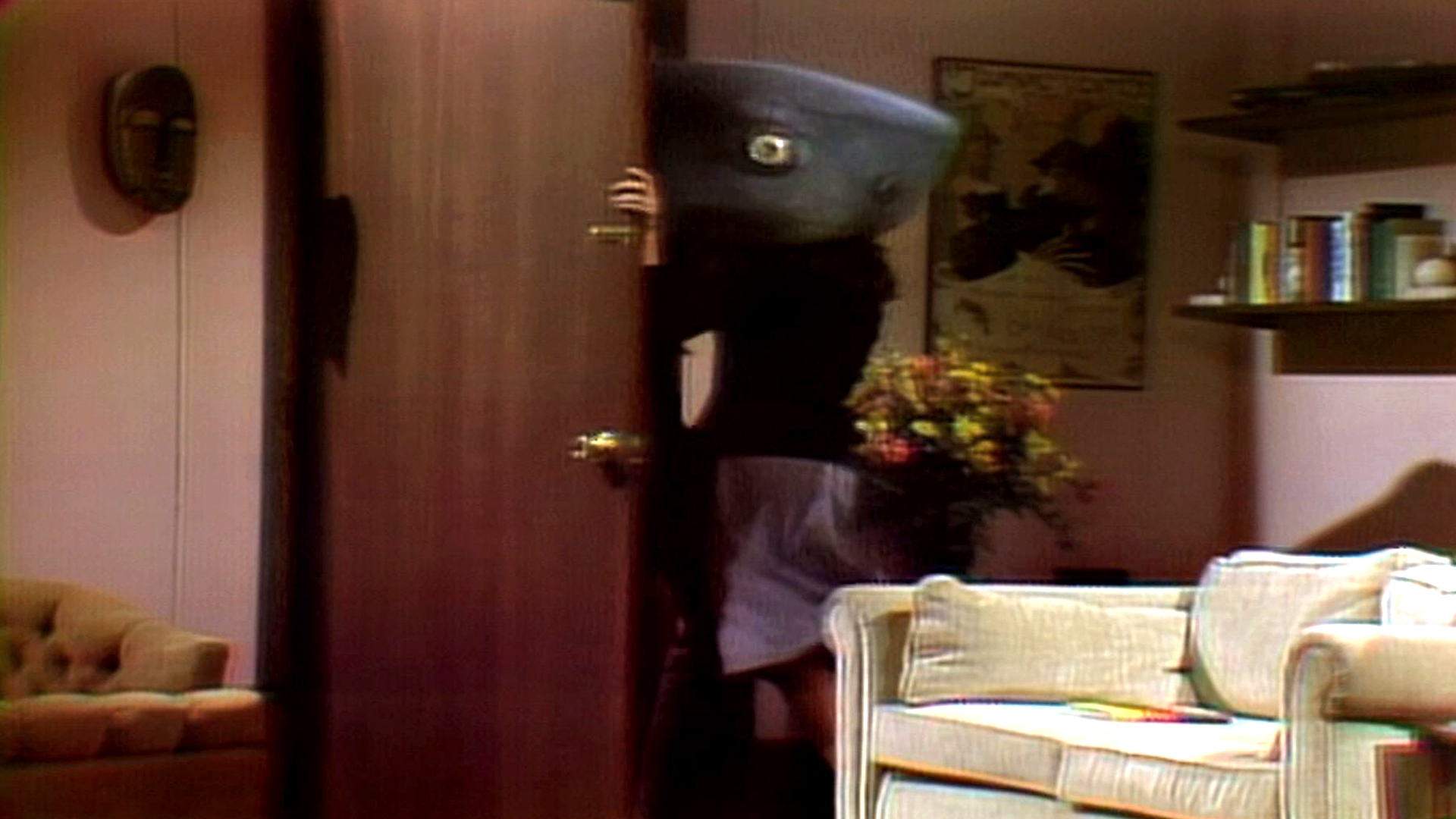 We noted the use of live shark footage shot by legendary shark experts Ron and Valerie Taylor. Here's a look at some of their encounters with great white sharks:

We discussed how the TV version was extended with several missing scenes, most notably this one with a longer version of the shark's attack on the helicopter. Check it out here:

We also discussed some of the unique camera rigs used for shooting the film, including having a cameraman riding the mechanical shark for some shots. Here's that marine cowboy in action: 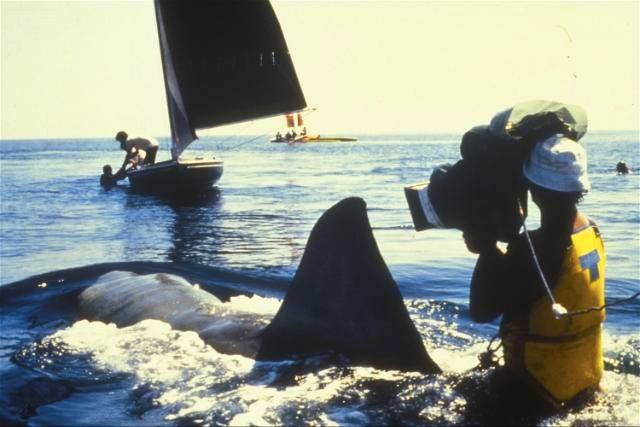 We also discussed some artistic influences on the film, including the Théodore Géricault painting "The Raft of the Medusa." Here's a side-by-side comparison:

The documentary "The Shark Is Still Working" is an excellent chronicle of the Jaws series. In this interview filmed for that production, actor Sean Gilpin discusses the time the cast was menaced by a real hammerhead shark while filming a scene:

The release of Jaws 2 led to a marketing blitz with tons of tie-ins, including an adaptation from Marvel Comics drawn by the great Gene Colan. To mark Colan's passing in 2011, the blog Diversions of the Groovy Kind presented the Jaws 2 story in its entirety. Click below to check it out: 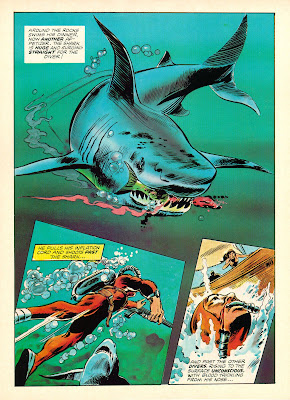 For many years the Jaws films were represented in rides at at the Universal Studios theme parks. Here, Attractions Magazine presents footage of the sadly discontinued Jaws ride at Universal Studios Orlando. The finale attempts to recreate the power line gag from Jaws 2:

And finally here are some words recorded for "The Shark Is Still Working" from Chief Brody himself, the late, great Roy Scheider, on the legacy of Jaws:

Thanks for listening!
Posted by Cinemaspection at 8:10 PM