While we try to cover as much as we can in our episodes, there's always more to see, hear, and read about a movie that can enhance your viewing experience. If you enjoyed our episode on Double Indemnity, here's a few extra bits you might find interesting... 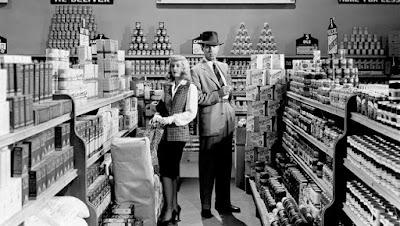 We mentioned Raymond Chandler's possible cameo in the film. Here's the scene in question:

That connection between film noir and bowling is further explored in this great essay by noir expert Michael F. Keaney: 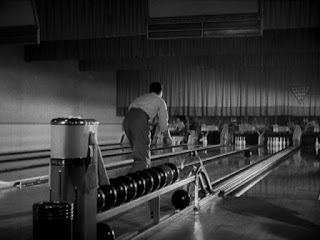 The film was translated to radio several times. Here Stanwyck and MacMurray reprise their roles for the Lux Radio Theater adaptation of the story:

And here's a clip from the television remake featuring Richard Crenna as Walter and Samantha Eggar as Phyllis:

The film inspired many spoofs, including this one featuring Carol Burnett and Steve Lawrence:


Double Indemnity was inspired by the so-called "Dumb-bell Murder" committed by Ruth Snyder and Judd Gray. Read about the crime and Snyder's infamous execution on Murderpedia at the link below: 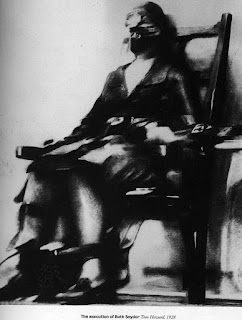 Speaking of executions, we mentioned the missing ending, with Edward G. Robinson's character witnessing the last moments of Fred MacMurray in the death house. Here are a few stills from the lost coda:

Posted by Cinemaspection at 9:02 PM