While we try to cover as much as we can in our episodes, there's always more to see, hear, and read about a movie that can enhance your viewing experience. If you enjoyed our episode on Misery, here's a few extra bits you might find interesting... 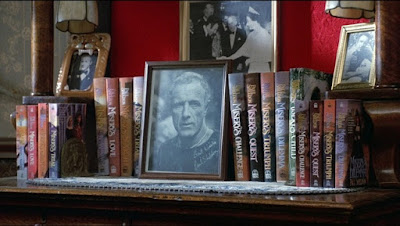 While we couldn't find the trailer using "Little Drummer Boy" we mentioned in the episode, we weren't the only ones who remembered it. Here, Youtube creator Wheelsofterror has attempted to reconstruct that trailer:

Of course, Kathy Bates won the Oscar for her portrayal of Annie Wilkes. Here's the moment from the 1991 Academy Awards:

Bates would play the character one more time many years later for a DirecTV ad:

Not long ago, a viral video hit showing a woman going nuts on a bookstore employee (don't worry, he was in on it) over their lack of Paul Sheldon novels. The video turned out to be a promotional stunt for a local stage adaptation of Misery. From the looks of it they cast their Annie Wilkes well:

We mentioned the newest Broadway adaptation of the story with Bruce Willis and Laurie Metcalf. Here's a behind-the-scene peek at that production: 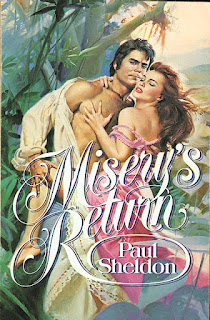 Thanks for listening!
Posted by Cinemaspection at 9:56 AM