The Valley of Gwangi - Supplement

While we try to cover as much as we can in our episodes, there's always more to see, hear, and read about a movie that can enhance your viewing experience. If you enjoyed our episode on The Valley of Gwangi, here's a few extra bits you might find interesting... 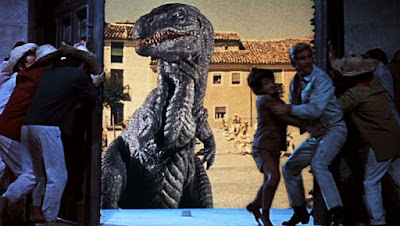 Here's the documentary Return to the Valley, which goes into detail about the production of the movie and animator Ray Harryhausen's work creating the film's creatures:

The website Western Comic Adventures has collected the entire comic adaptation of The Valley of Gwangi produced by Dell Comics to tie-in with the movie; Check out the whole comic here: 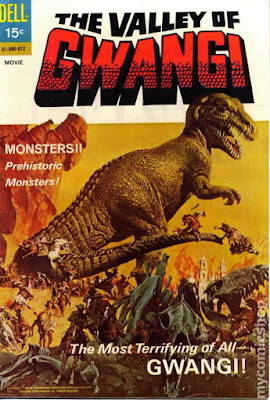 While Gwangi began as a unfulfilled project by Harryhausen's mentor Willis O'Brien, Harryhausen himself had dream movies that were never made. Here is some test footage from Harryhausen's ambitious but unrealized dinosaur epic Evolution.

Going back to the history of dinosaurs on film, here's one of O'Brien's first stop-motion efforts, The Dinosaur and the Missing Link, a short prehistoric domestic comedy created for Thomas Edison's company:

This truncated version of The Ghost of Slumber Mountain, another early O'Brien effort, includes what might be the first cinematic battle between a T-Rex and a Triceratops, a scene echoed in Gwangi's battle with a Styracosaur.

We mentioned the movie's influence on modern films such as Jurassic Park. Here's the scene we discussed from that film referencing Gwangi's attack on the ornithomimus:

There's also the mystery of the "Thunderbird" photograph we touched on in the episode. The website for True West magazine has a nice (and highly skeptical) article detailing the alleged event right here: 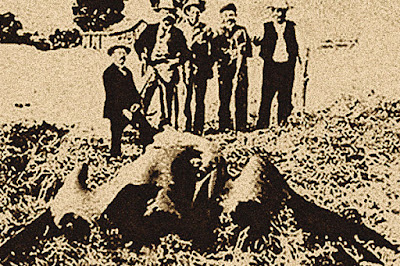 Finally the official Twitter account of the late Ray Harryhausen just tweeted this message regarding the original Gwangi model, which despite being somewhat decayed, still exists: 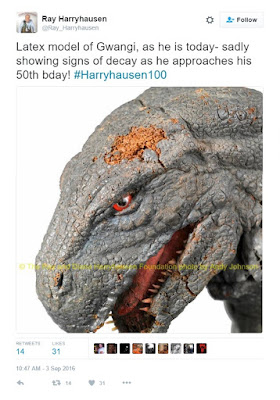 Thanks for listening!
Posted by Cinemaspection at 8:33 PM