While we try to cover as much as we can in our episodes, there's always more to see, hear, and read about a movie that can enhance your viewing experience. If you enjoyed our episode on The Magnificent Seven, here's a few extra bits you might find interesting... 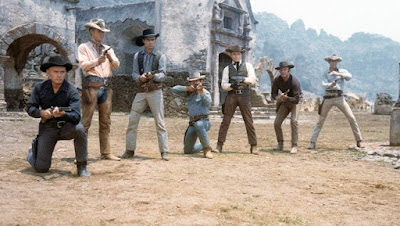 First off, here are the original trailers for the film:


For comparison, here's the trailer of Seven Samurai, the Akira Kurosawa film that served as the basis for The Magnificent Seven:

Here's a nice making-of documentary on the film, in four parts:


As we discussed, the film eventually launched a television series in the 1990s. Here's the original TV pilot, which led to two seasons of the show.

And here's a trailer for the remake from Antoine Fuqua, now in theaters:

Thanks for listening!
Posted by Cinemaspection at 11:24 AM