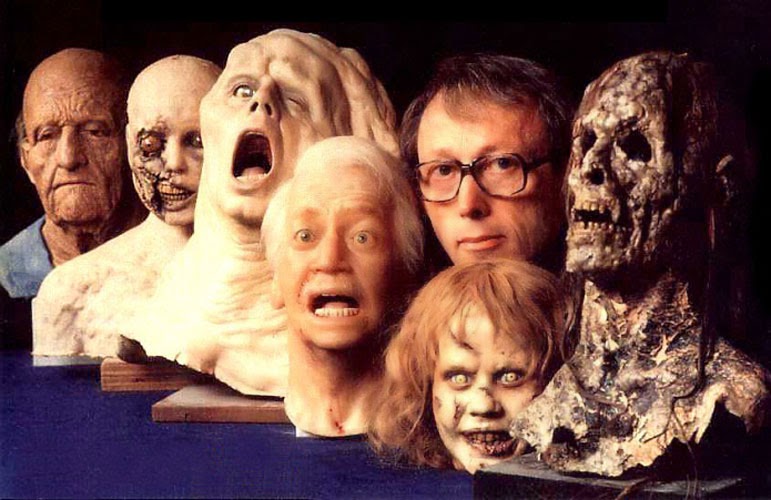 Make-up is one of the most startingly effective but seemingly undervalued branches of the cinematic arts. In the early days of movies, the work of master technicians like Jack Pierce and William Tuttle amazed audiences while the artists themselves were often overlooked and sometimes even left uncredited. It wasn’t until the 1980s that the MPAA recognized its value enough to establish a regular Academy Award category for it. Now, as the progression of computer effects often encroaches into the territory of make-up work, it's more important than ever to appreciate such skill and craftsmanship.

One of the people primarily responsible for the elevation of this art form is Dick Smith, who passed away yesterday at the age of 92. Smith would qualify as a legendary figure just for the sheer quality of his work, as just a quick consideration of the films he lent his talents to will attest. But Smith didn't only create great make-ups, but provided others with the tools to do so, serving as a friend and mentor to some of the best in the business, generously sharing his techniques and teaching his craft to the next generation of foam latex magicians.

He began his careers like many in his field, in the shadows; he did uncredited make-up work for films such as Call Northside 777 before becoming a resident make-up artist at NBC, where he would work on programs such as “Way Out” and “Dark Shadows,” as well as transforming Hal Holbrook into Mark Twain for the TV Movie Mark Twain Tonight. After assisting with Dustin Hoffman’s make-up as Ratso Rizzo in Midnight Cowboy, the two would team again for Little Big Man, where Smith would show off one of his greatest talents: remarkably convincing old-age make-up. Smith was one of the first to promote the use of separate latex appliances rather than full face masks, allowing actors greater expressiveness and helping Hoffman convincingly play the 121-year-old version of his character. The results speak for themselves. 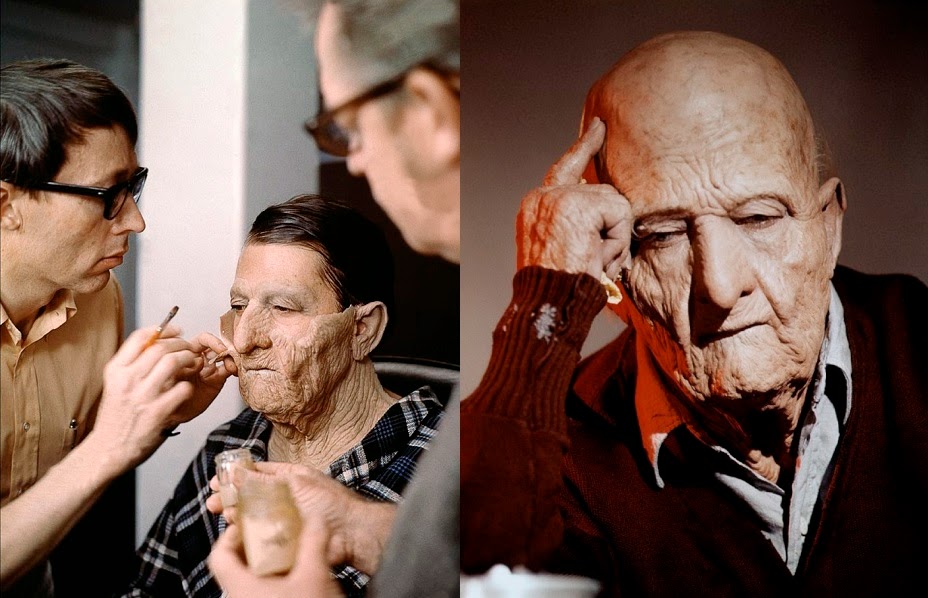 Smith would go on to aid in the creation of one of the most iconic characters of film history: Marlon Brando’s Vito Corleone in The Godfather. Besides aging Brando forward about twenty years, he created a dental mouthpiece that puffed out his cheeks, giving Brando the ‘bulldog’ quality he was looking for to bring the Don to life. He would return for The Godfather Part Two as well, helping to subtly transform Robert DeNiro into a younger version of the same character. 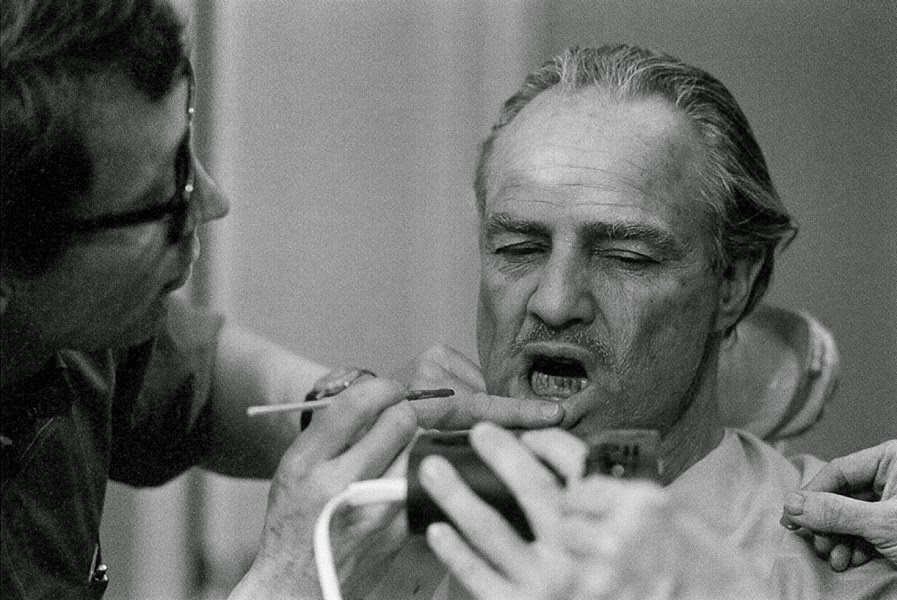 Horror fans will probably be most familiar with Smith's groundbreaking and terrifying work on The Exorcist. The skeletal image of Captain Howdy; the horrific visage of Linda Blair as the demonically possessed Regan; Blair's head spinning around 360 degrees; all of these are classic moments and images burned into many a young mind. They sure as hell kept me from sleeping after I had the misfortune of catching sight of them on the late-night movie as a child. Yet arguably Smith's most astonishing achievement in the film goes practically unnoticed: his transformation of Max Von Sydow, then in his mid-forties, into a man in his seventies. Just take a look at Sydow today and you can see just how prescient Smith's elderly version of him was. 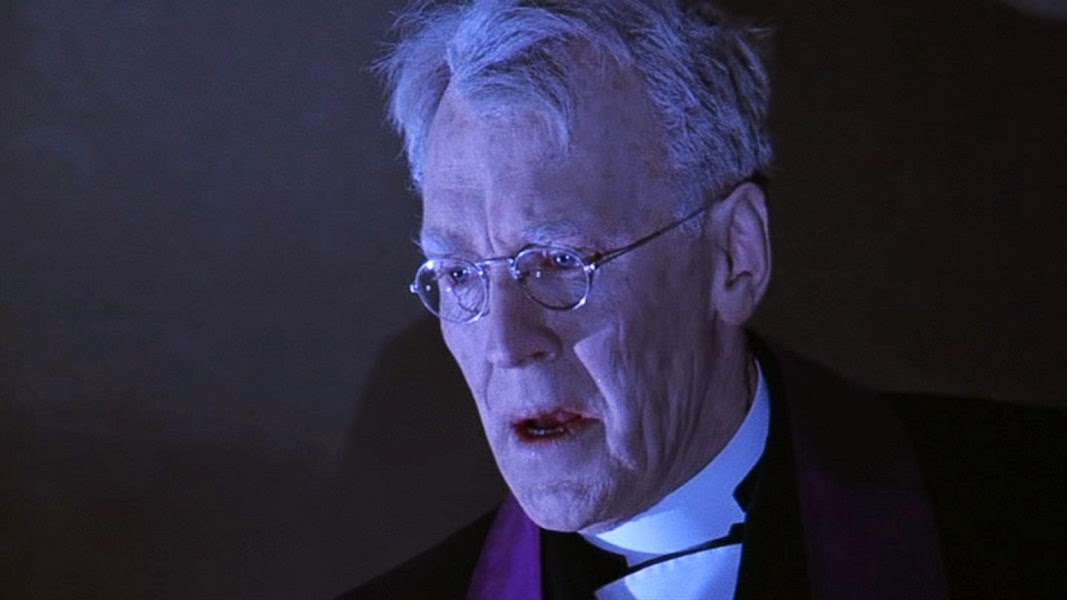 Though he often decried the rise of gore and splatter effects in movies, he would nevertheless provide unnervingly convincing ones for films such as Scanners, The Sentinel and Taxi Driver, where his work proved to be too effective; one scene, where a character’s hand is blown apart by a gunshot, had to be photochemically darkened to avoid an X rating. For the same film, he also created appliances for DeNiro’s mohawk hairstyle, saving the actor from having to shave his head. He provided another amazing old age make-up for Walter Matthau in The Sunshine Boys, enhanced Katherine Ross’ bustline for the eerie climax of The Stepford Wives, brought startling realism to the wartime violence of The Deer Hunter, decayed a rapidly-aging David Bowie into a wizened husk in The Hunger, and masterminded William Hurt's transformations into protohumans and deformed mutants for Altered States.

In 1985 he would win an Oscar for what might be his masterwork, his stunning age make-up for a then 45-year-old F. Murray Abraham as Antonio Salieri in Amadeus. It’s a make-up that stands up to intense scrutiny and remains seamless even today, allowing Abraham to completely inhabit the pitiful end of his envious character and perhaps deserving some measure of credit for helping Abraham win a Best Actor Oscar himself for the role.

The highlights of an amazing filmography don't do justice to his contribution. Smith leaves an even more monumental legacy for the industry through his generosity as a teacher; at a time when effects technicians and make-up artists often jealously guarded their techniques and secrets, Smith would openly share his methods and advise others. Most famously he served as a mentor for make-up master Rick Baker (one of my childhood idols), who assisted him on The Exorcist and Altered States, but he also offered support and guidance to such notable make-up artists as Alec Gillis (Aliens), Ve Neill (Beetlejuice), and Greg Cannom (Titanic). The impact of his contribution grows even wider when you factor in the instructional books he's authored and the hands-on make-up course he established, offering aspiring artists the tools they need to break into the industry, which recognized him with a special achievement Oscar in 2012, presented to him by Baker himself.

Sure, a talented effects artist can create scary monsters, find inventive ways to hack off people's limbs, or add wrinkles and liver spots to an actor's face. But watching Smith's work goes further than that. As much as a movie's script or its acting, his make-up tells a story. Brando radiates the fearsome of an aging mafia king holding court over a violent empire. The gruesome scars and sallow complexion of Blair's Regan offer visual proof of the power of evil to mutilate the innocent. Abraham's aged Salieri displays the years of guilt and regret right on his foam-latex enhanced face.

Smith didn't just transform actors. He transformed cinema and both the industry and the audience are the richer for it.
Posted by Cinemaspection at 4:01 PM