While we try to cover as much as we can in our episodes, there's always more to see, hear, and read about a movie that can enhance your viewing experience. If you enjoyed our episode on Pacific Rim, here's a few extra bits you might find interesting... 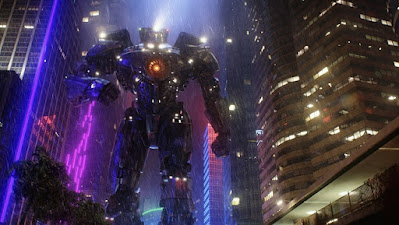 First off, here's a link to The Busted Limes podcast, featuring this episode's guest Paresh Maharaj: 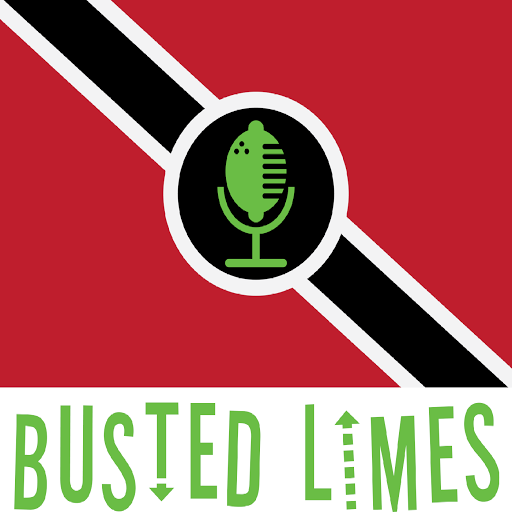 First, here's the trailer:
Here's the video Paresh mentioned showing director Guillermo del Toro and actors Rinko Kikuchi and Mana Ashida on tour to promote the movie in Japan:
We mentioned the various changes between the finished film and Travis Beacham's original screenplay. If you're curious to check out that early draft, it's available via The Script Savant at the link below: 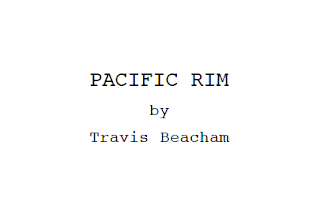 We touched on how Jaeger cosplay inspired by the film. Here's a great example of a Gipsy Danger cosplay at ComicCon 2018 in Stuttgart:
The myth of secondary brains in dinosaurs inspired some of the kaiju physiology in the film. Here's a video describing the origins and and thought behind this now discredited theory:
We mentioned the film's vocal cameo by actress Ellen McLain, the voice of GLADOS from the Portal games. Here's an interview with McLain by Jaime En Fuego from The Horror Show:
The movie inspired an immersive ride at the Trans Studio Cibubur amusement park in Indonesia, allowing patrons to suit up in a Jaeger. Here's a POV video of the ride:
Here's the trailer to the 2018 sequel: Pacific Rim: Uprising:
And here's the trailer for the Netflix anime Pacific Rim: The Black:
Thanks for listening!
Posted by Cinemaspection at 6:20 PM