While we try to cover as much as we can in our episodes, there's always more to see, hear, and read about a movie that can enhance your viewing experience. If you enjoyed our episode on Psycho, here's a few extra bits you might find interesting... 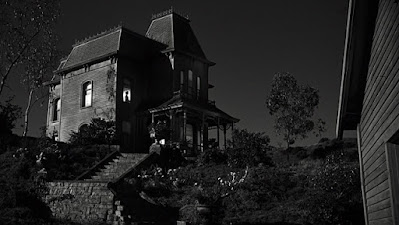 To start with, you can check out more of Kyle's work at Boston Hassle using the link below:

As usual, we begin with the trailer, but this trailer is a little something different. It contains no footage from the film but instead show director Alfred Hitchcock offering a tour of the crime scene that the Bates Motel has become following the events of the film. It is widely regarded as one of the greatest trailers ever made:

Hitchcock imposed some unique rules for the showing of Psycho to preserve the enjoyment of its plot twists, forcing exhibitors to not allow any patrons in once the film had started. Here's a look at what the original release of Psycho looked like with these rules in place:

We discussed the impact of composer Bernard Herrmann's music on the infamous shower scene. Here, you can see how differently the scene plays with and without music:

We also noted how composer John Williams slipped a musical quotation from Psycho into his score for Star Wars. Here's the moment in question:

The iconic image of the Bates house allegedly took inspiration from the Edward Hopper painting House by the Rainbow: 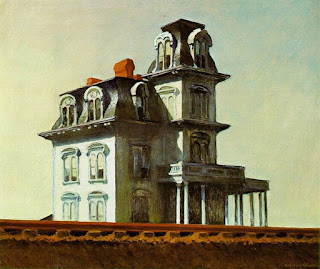 For many years, the Bates Motel and mansion set have been mainstays on the Universal Studios tram tour. Here's an article by Kaley Cyrino from Inside Universal discussing the history of the set: 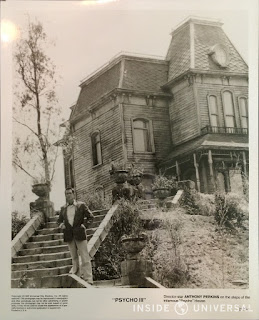 This article from RetroWeb includes some great photos of the house and its various appearances in other television programs and films: 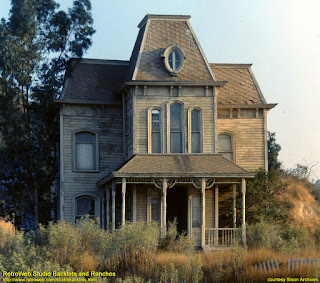 Here's a video showing how it appears today, complete with an appearance by Norman himself:

When the AFI honored Alfred Hitchcock, both Anthony Perkins and Janet Leigh paid tribute to Alfred and commented on their experiences making the film:

Twenty-two years later, Anthony Perkins returned to the role that came to define his career for the surprisingly effective sequel Psycho II. The film, written by Tom Holland and directed by Richard Franklin, also featured Vera Miles returning to the role of Lila Crane. Take a look at the trailer:

Perkins took over directing duties as well for the next sequel, Psycho III, which saw Perkins and screenwriter Charles Edward Pogue trying some new tricks to capture Hitchcock's suspenseful style:

Another attempt to capitalize on the Psycho franchise came in the form of Bates Motel, a pilot for a proposed TV series that ignored the events of the previous sequels and would have featured different stories involving the strange guests who stay at the motel, now run by a fellow mental patient acquaintance of Norman played by Bud Cort. When the pilot failed to be picked up, it was run on NBC's Monday Night at the Movies :

Psycho IV: the Beginning, written by original screenwriter Joseph Stefano and directed by Mick Garris, takes us back to see how Norman became the murderer we know, featuring Perkins as Norman, Henry Thomas as young Norman and Olivia Hussey as mother herself, Norma Bates:

In 1998, director Gus Van Sant infamously proposed to remake the original film shot-by-shot as a tribute to Hitchcock, even recruiting Stefano to update the original screenplay. Here's the trailer:

A&E brought us Bates Motel, their excellent reimagining of the Psycho story featuring Freddie Highmore as Norman and Vera Farmiga as Norma. Here's the trailer:

Posted by Cinemaspection at 11:32 AM