While we try to cover as much as we can in our episodes, there's always more to see, hear, and read about a movie that can enhance your viewing experience. If you enjoyed our episode on A Christmas Story, here's a few extra bits you might find interesting... 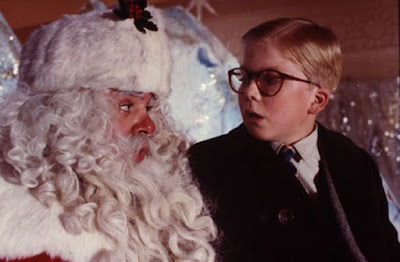 The film is based on stories by author Jean Shepherd, who performed many of them on popular radio broadcasts before translating them to book form.

Here are some of the original radio broadcasts of the stories that inspired the film:

We see poor Ralphie's disillusionment regarding the secret message from Little Orphan Annie's Secret Circle. Here's an excerpt from one of the real broadcasts with one of the secret codes:

As we mentioned, several fantasy scenes were deleted from the film. The official Christmas Story House website feature script excerpts and a photo from the lost 'Flash Gordon' scene. Click below to take a look: 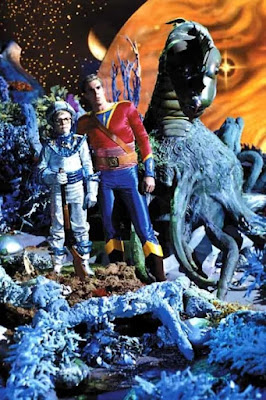 Director Bob Clark and Shepherd collaborated on a sequel in 1994 with a whole new cast. Oddly, it's tough to find an actual trailer for it, but the whole movie itself is on Youtube:

The film was later translated into a musical stage production. Here are some highlights:

An official sequel was released direct-to-video in 2012 featuring Daniel Stern and focusing on Ralphie's attempts to get a car. Here's a trailer:

And here's a clip from the live broadcast on FOX of the musical version of A Christmas Story, featuring Matthew Broderick as the narrator:

Thanks for listening!
Posted by Cinemaspection at 9:32 AM