While we try to cover as much as we can in our episodes, there's always more to see, hear, and read about a movie that can enhance your viewing experience. If you enjoyed our episode on Unbreakable, here's a few extra bits you might find interesting... 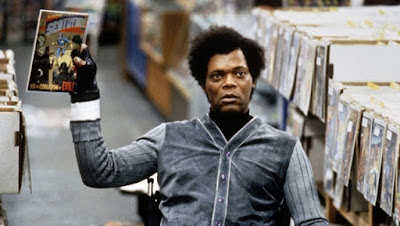 Here's the original trailer, which gave away few details about the direction of the story:

With the popularity of comic books, many people have actually tried to bring the ideals of their graphic novel idols to reality by donning costumes themselves. Here's Superheroes, a documentary by Michael Barnett profiling real life costumed heroes:

Director M. Night Shyamalan often has to edit out scenes from his films for pacing issues. While in many cases it can be instantly clear why such scenes were cut in the first place, many of the following moments taken out of Unbreakable are quite fascinating:

Here we must give a clear SPOILER warning for Shyamalan's subsequent film Split, as we present the last scene from that film as discussed in the episode:

Posted by Cinemaspection at 6:07 PM