While we try to cover as much as we can in our episodes, there's always more to see, hear, and read about a movie that can enhance your viewing experience. If you enjoyed our episode on Gremlins, here's a few extra bits you might find interesting... 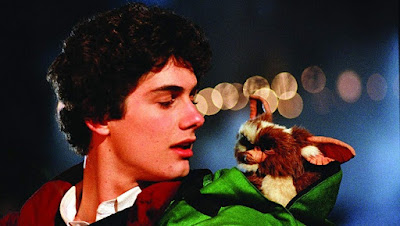 If you're interested in checking out Chris Columbus' original screenplay, which is considerably darker and nastier than the finished film, www.horrorlair.com was nice enough to put the draft online to read. Check it out here: 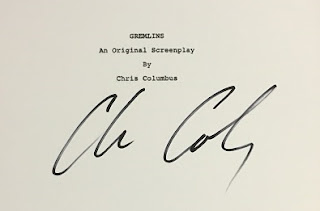 As we noted, the movie contains lots of references to other films and cartoons and well as assorted random in-jokes. Empire Online has put together a handy viewing guide to spot many (but probably not all) of these gags. Click below to check it out: 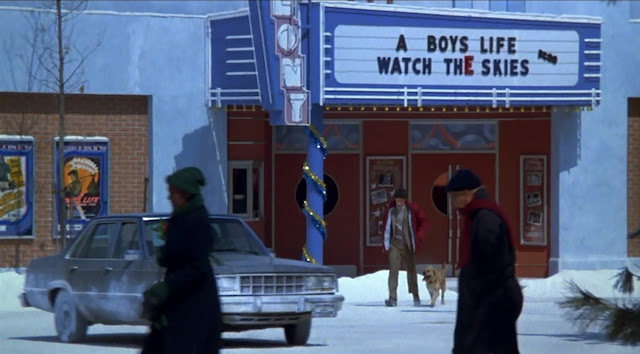 One of those cartoons director Joe Dante loved was the Robert Clampett-directed Bugs Bunny short Falling Hare in which Bugs takes on a gremlin at an airfield. Dante had intended to have the cartoon run before the film but but his idea was shot down. Here's the cartoon in question:

This behind-the-scenes featurette includes interviews with Dante and much of the cast, but is careful to keep Gizmo and the Gremlins off-camera as much as possible:

A good number of scenes and extra bits were deleted from the film, among them the scene we mentioned in the bank revealing the fate of Judge Reinhold's character. You can see this lost moments below:

We discussed how the furor over Gremlins (and Indiana Jones and the Temple of Doom) led to the creation of the PG-13. This archival news story discusses the establishment of the new rating, with comments from infamous former MPAA president Jack Valenti:

As we mentioned, the film led to a massive merchandising blitz, including cuddly Gizmo dolls...

...and of course, video games:

Actor Keye Luke returned as Mr. Wing to film an PSA regarding teen drinking and driving and drug abuse with Gizmo (again voiced by Howie Mandel):

We noted the controversy regarding the similarities of Hasbro's Furbies to the mogwai. Here's a commercial for the official mogwai Furby that Harsbo eventually released:

Director Ryan Patrick shot an excellent fan film sequel called Gremlins: Recall, in which a company has attempted to eliminate the pesky problems with mogwai so it can market them as the perfect pets. Of course, things go wrong. Check it out here:

Posted by Cinemaspection at 5:46 PM