While we try to cover as much as we can in our episodes, there's always more to see, hear, and read about a movie that can enhance your viewing experience. If you enjoyed our episode on Predator, here's a few extra bits you might find interesting... 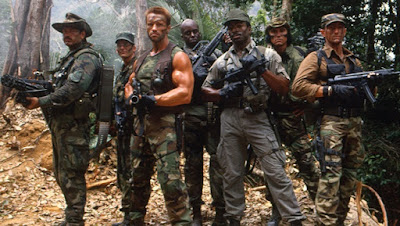 Here are the original trailers for the movie:


Here's a making-of documentary on the film:

We didn't get a chance to discuss some scenes cut from the film. Here's an extended version of the chase between Dutch and the Predator, with unfinished effects, revealing that the Predator is toying with his prey:

We discussed the original casting of Jean-Claude Van Damme as the Predator. Here's an interview segment where make-up effects artists Steve Johnson discusses the original Predator design, featuring footage of Van Damme trying to move around in the suit: 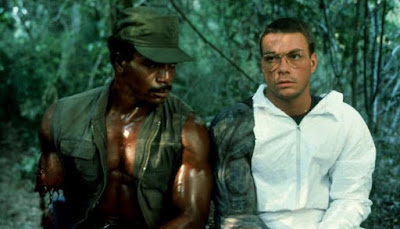 The website for Robert Short's visual effects company includes several concept sketches for the creature, including the Alan Munro drawing we mentioned in the episode. Check out these alternate concepts here: 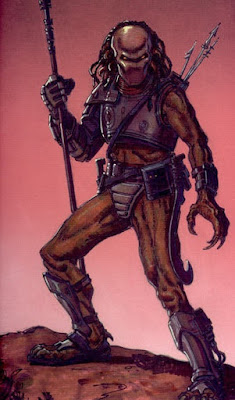 The movie has also inspired a slew of video games over many different consoles, including some pitting the intergalactic hunters against the xenomorphs of Aliens. Check out this montage of some of these games:

We noted that the movie inspired the naming of the Predatoroonops genus of goblin spider. Click the photo below (of the peterhalli species) to view an official listing of the various forms of this bizarre-looking arachnid. 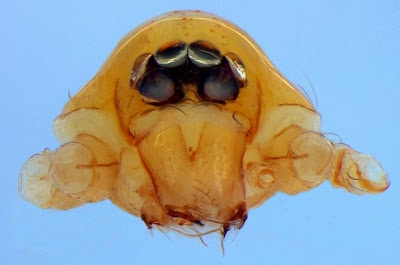 Thanks for listening!
Posted by Cinemaspection at 4:47 AM