This time out, we're taking a peek at a bit of nearly subliminal weirdness and a nod from one USC alumnus to another in John Carpenter's directorial debut, Dark Star. 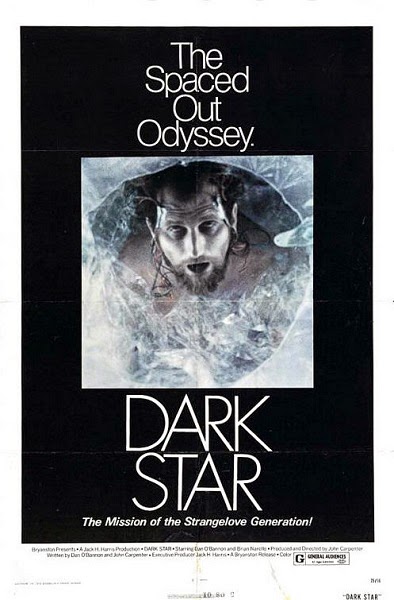 Dark Star is a sci-fi comedy Carpenter created with co-writer and actor Dan O'Bannon while both attended the film program at the University of Southern California. The completed film was just under an hour, so producer Jack Harris encouraged the two to flesh out the money with a few scenes, including one in which the titular spaceship flies through an asteroid storm.

As the storm approaches, the crew gets an update from their friendly onboard computer: 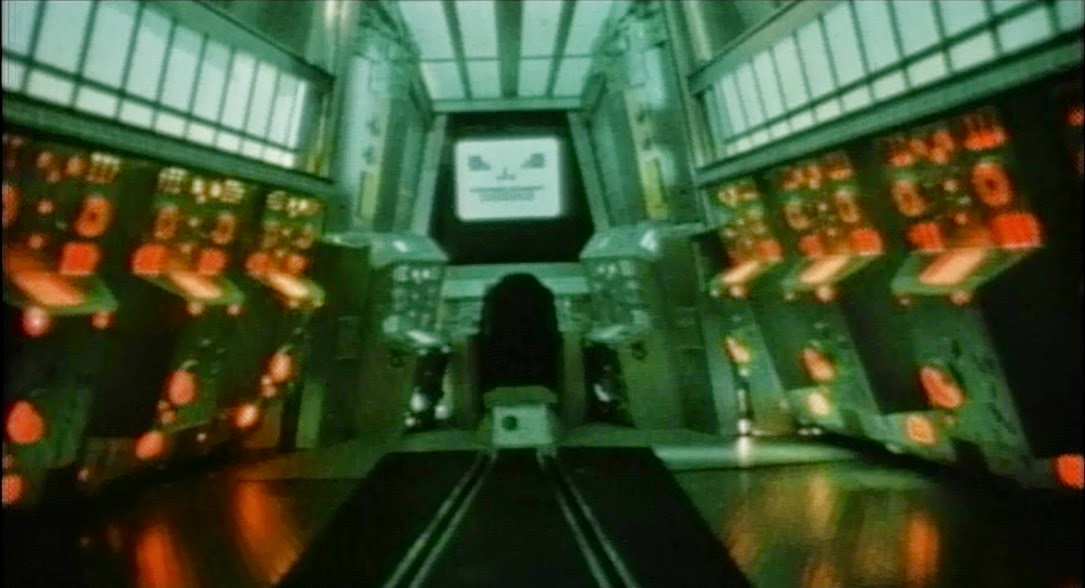 A few moments later, as the storm causes an onboard malfunction, the computer's screen changes to show the exterior of the ship, where one of the ship's sentient bombs has extended itself from the bomb bay. For a single frame in the midst of the static onscreen, we can just barely catch this: 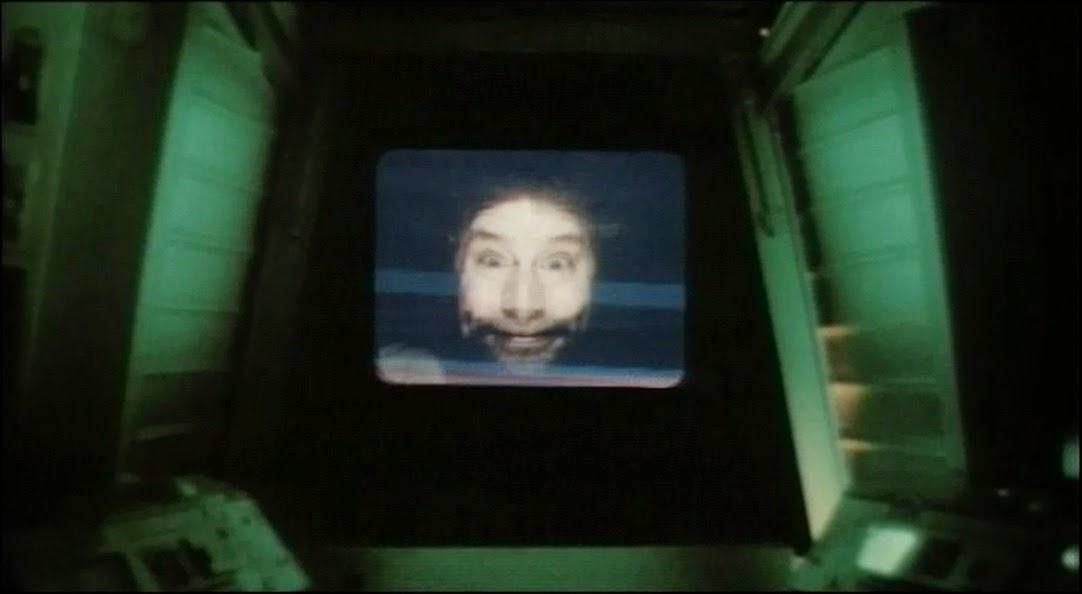 It's not entirely clear who this is, possibly one of the effects crew who inserted himself into the scene as a joke, but whoever he is, he seems pretty happy about it.

Unfortunately Carpenter and O'Bannon were less cheery about their collaboration with Harris and the story goes that somewhere early in the film there's a single frame where a computer screen reads "FUCK YOU HARRIS," though I've yet to actually spot it. There are some claims that frame was edited out for the dvd release, where it might have actually been visible by going frame-by-frame, but it's rapidly approaching the status of urban legend.

One more joke occurs near the end of the film, as two of the film's astronaut protagonists are drifting through space. One notices debris drifting him by him and we see... 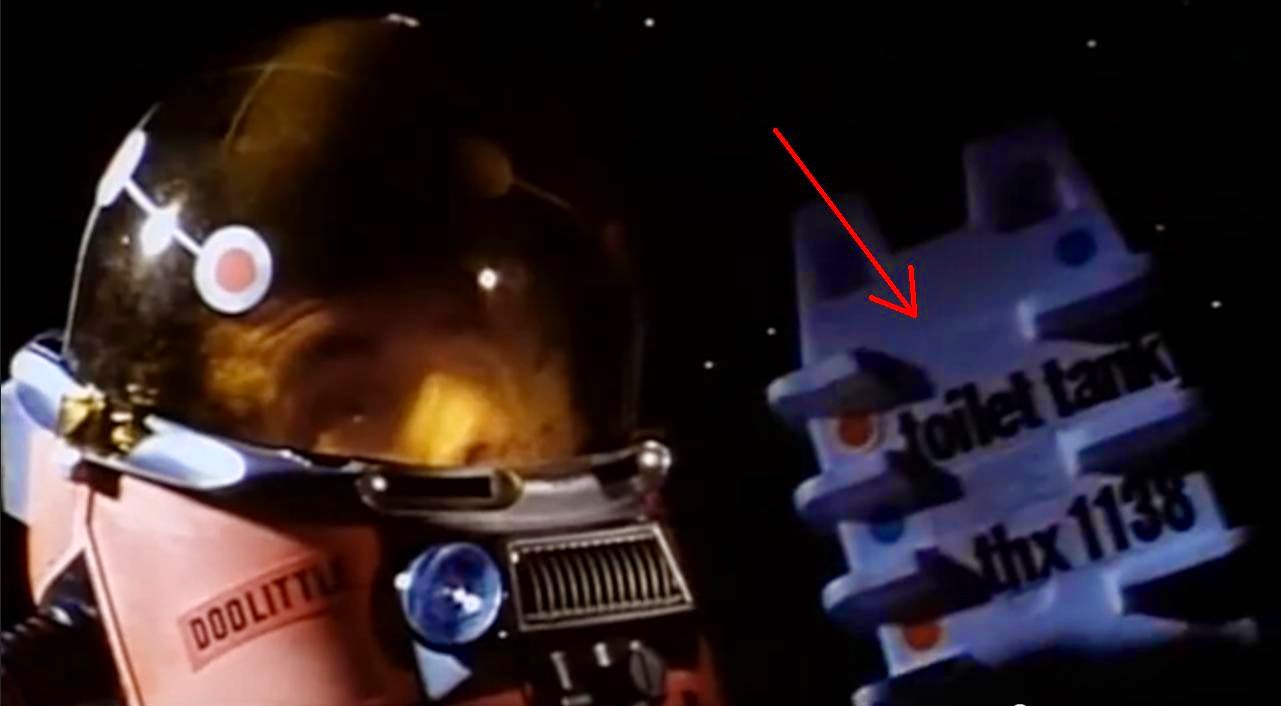 THX-1138 is of course the film George Lucas made after he graduated from USC, and like Dark Star was expanded from a short made at the school, in this case, Electronic Labyrinth: THX-1138 4EB. 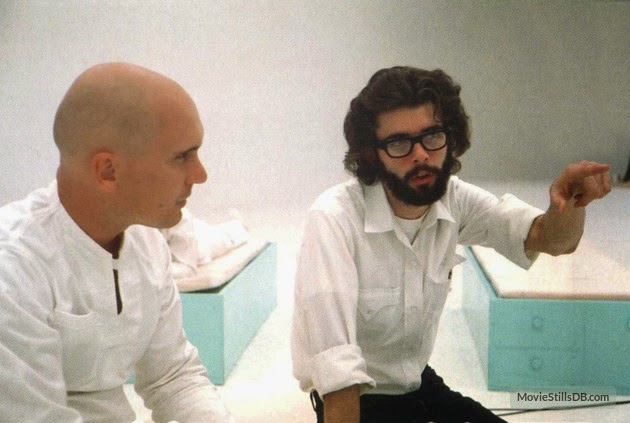 This was a few years before Star Wars made Lucas a household name but he was already legendary on the USC campus. It seems appropriate Carpenter and O'Bannon would acknowledge his reputation as they followed the same path and progressed to feature filmmaking.
Posted by Cinemaspection at 10:33 AM